The Murfreesboro Police Personnel Division wears many hats, as we provide expert administrative support to the Chief, and Deputy Chief of Police, and assists with matters which do not require their personal attention. Our division composes and prepares documents ranging from routine memos and agendas, to spreadsheets and graphs, and individual letters including those of appreciation and commendation. All department employees depend on this Section for payroll, personnel evaluations, and support.

The Section administers all terminations and retirement processes for personnel ending their employment with the Department as well as select and recruit the best candidates to fill the uniformed and civilian positions. Personnel schedules interviews for job openings, oversee compliance with pre-employment requirements, and assists in new employee orientation. In the calendar year 2019, we hired over 50 new employees including but not limited to six Communications Specialist, twenty-nine Police Trainee/Officers, two Support Specialists, two Crime Data Analyst, and five School Traffic Patrol.

Personnel is responsible for weekly time accountability and overtime payments for approximately 329 employees of the Police Department. In addition to time accountability, this section is also responsible for maintaining personnel files including sick, vacation, and compensatory time balances. In addition, we assist employees with medical issues, administers the sick abuse report, files supervisor event reports, and employee evaluations. This section also responds to a variety of public records requests and works very closely with other City of Murfreesboro departments. 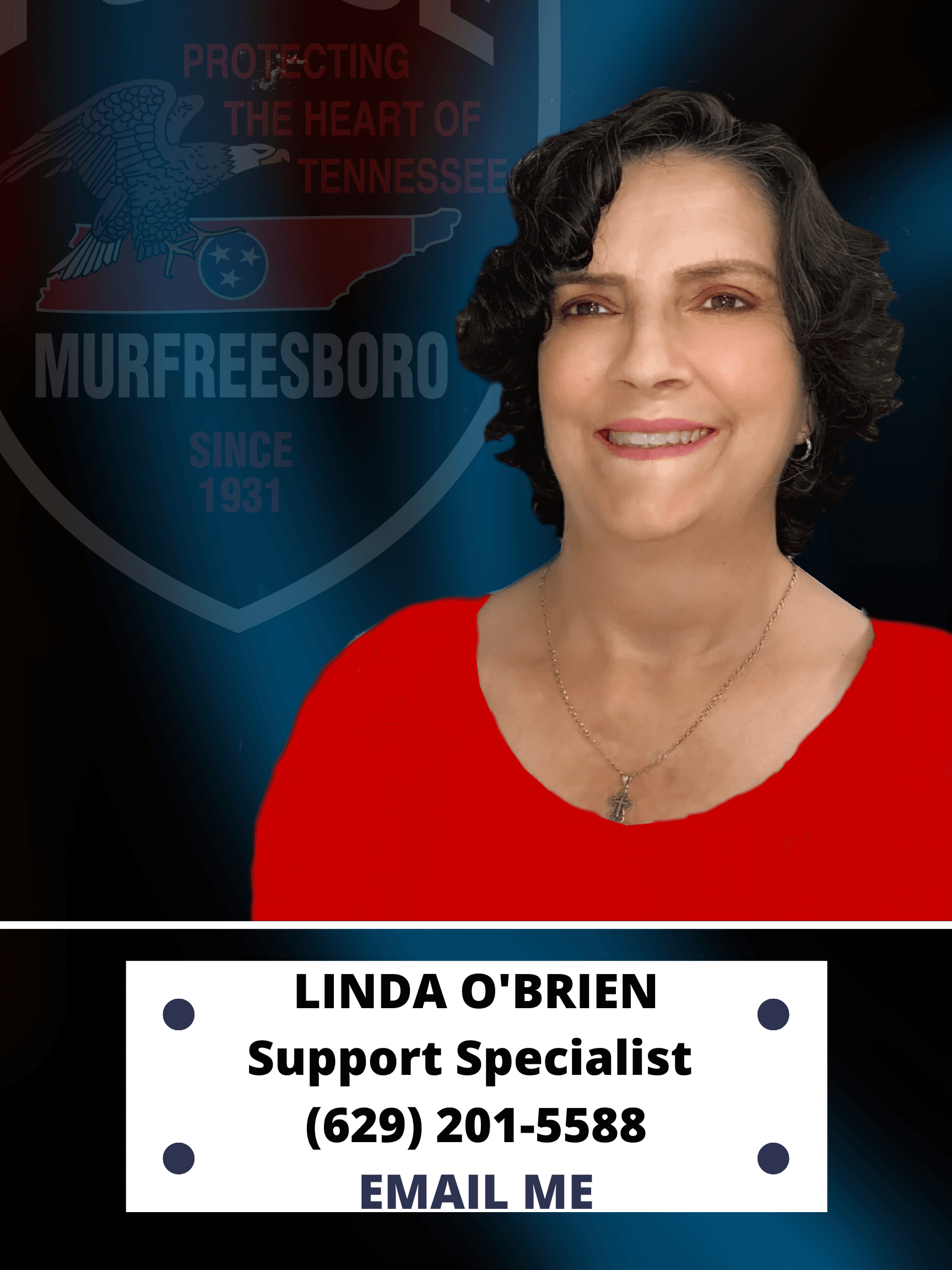